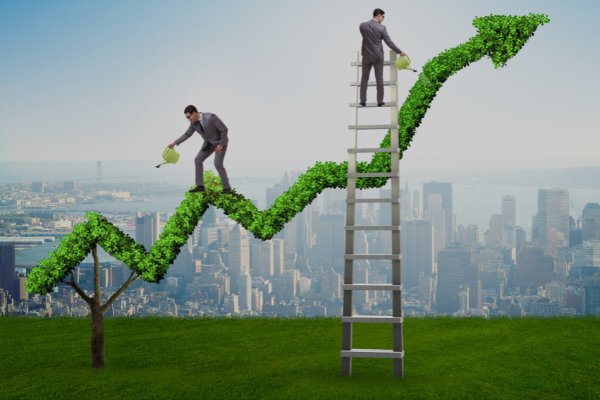 Solar Energy Stocks - Getting to Know the Best 3 Big Players

There are many reasons why you should be considering solar energy stocks, but the most important reason is the fact that the industry could grow more than a bit faster than the current forecasts. In fact, some estimates suggest that the solar industry could grow as much as 25% in the coming years.

Choosing the best solar energy stocks is an important decision. In order to make the right choice, you must first consider the long-term prospects of the sector. You may also consider the pros and cons of individual companies, such as their sustainability, debt levels, and other factors. The solar energy industry is growing rapidly, which means that investors have an opportunity to make big gains. However, the industry is still in its infancy. Therefore, you should take the time to research each company's history and performance. The solar industry consists of companies that make solar panels, solar cells, batteries, and other components. Many large energy companies and utilities also have solar divisions.

Companies that offer solar systems are expected to see significant growth in the next 10 years. Many companies have just begun to build their business. This makes it difficult for investors to gauge where the industry is headed. In the following section we'll be discussing three solar energy companies you need to consider. FSLR, or First Solar, is the world's largest manufacturer of thin-film solar modules. Its products utilize cadmium telluride, or CdTe, to convert sunlight into electricity. It has production lines in Malaysia and Vietnam. It has also announced plans to open a $1 billion factory in Alabama.

The company's stock has risen by 11% after reporting earnings last quarter. During the last quarter, it reported $629 million in revenue. It also made some other noteworthy announcements, including the construction of a solar panel plant in Ohio. It also plans to invest $200 million in the state. First Solar has also chosen Lawrence County, North Alabama, as the site for a future factory.

The company has a total of nine manufacturing plants across the United States. Its products are sold to third-party developers and operators of PV solar power systems. Its products include the series six and series seven modules. It has also launched a suite of technologies including a novel energy storage platform and an IRA for the next generation of solar modules. It has an expected total of 21 gigawatts of capacity in 2026.

The company has also announced plans to invest $1 billion in a solar panel plant in Alabama. The plant is expected to create around 8,000 jobs, and produce modules that will generate solar power. It also has plans to invest in a factory in India. First Solar also expects to double the global photovoltaic installation count in the next few years.

First Solar is a firm that has a strong balance sheet. The company has more than $1.7 billion in cash on its books. Moreover, it has aggressive expansion plans. It has more than 1.1 gigawatts of generation facilities and plans to grow globally. It uses highly efficient thin-film modules for its solar panels. Its cash could be used to fuel further growth. The SunPower Corporation, a subsidiary of TotalEnergies SE, is an energy company headquartered in San Jose, California. It offers distributed generation, as well as solar + storage solutions, to consumers, commercial, and industrial clients. Its revenue in the second quarter of 2018 increased 63% from the year-ago period. It also boasts an impressive number of customers. These include production home builders, as well as governmental, commercial, and industrial clients.

SunPower also offers an array of financing options, making it a great choice for the average investor. Its most impressive product is its patented solar + storage solution, which is capable of storing up to eight times more energy than its competitors. It also has a number of competitors in its market, such as First Solar and SolarEdge Technologies.

As one of the most innovative solar companies that operates globally, it produces both ground-mounted and commercial roof systems. It also manufactures small-scale solar products for homes. As one of the largest solar installers in the United States the company provides photovoltaic solar energy solutions in the US, Canada, France, and India. It is expected to benefit from more utility-scale orders. Located in Hamilton, Bermuda, Brookfield Renewable Partners is a publicly traded company that focuses on renewable energy. They have a sizable portfolio of renewable and clean energy assets spanning multiple countries, sectors, and regions. They have a hefty 21 gigawatts of installed capacity and are well on their way to becoming the greenest company on the planet.

Brookfield Renewable Partners LP was smart enough to offer investors two separate listings. The company has also put out a $2 billion renewable energy investment plan to fund its green agenda. The company also has a number of other green initiatives in the works. The company has a clean and green commitment and operates several of its own renewable power generation facilities. The company is also a joint venture partner in several projects.

The company has an impressive track record of delivering value to shareholders. One of the best examples of this is the company's recently announced $270 million acquisition of Scout Renewables, a leading developer and operator of renewable energy facilities in the Midwest.

A large part of the company's portfolio comprises two natural gas fired plants in the United States. It also boasts a sizable portfolio of clean energy assets, including renewable power generation pipelines, renewable energy storage facilities, and wind facilities in North America and Europe. Several other countries have renewable energy agreements with the company, including the Philippines, India, and Japan.

Brookfield Renewable Partners LP has made a few other notable investments in recent years, including the company's first solar project in Australia and its first ever wind farm. In addition, the company is a leading provider of smart meters and has a number of patents to its credit.

Brookfield Renewable is a global renewable energy company that spans the world's technologies and regions. Its diverse portfolio allows the company to offer compelling yields on a well-diversified organization. The company is also a major provider of home solar loans in the United States.

Investing in solar energy stocks can be an excellent long-term investment opportunity and a great way to help support the renewable energy industry. However, these stocks can also be volatile. In addition, many solar firms are experiencing a lack of demand. In that case, it might be best to invest in index funds instead of individual stocks. They are a great way to diversify your portfolio and avoid high risk. They also offer low costs and tax advantages.

Historically, solar energy stocks have been volatile, but that looks set to change as international agreements are signed. The solar-energy sector appears to have the potential to be a good long-term investment for growth-oriented investors. The solar industry will have the largest share of new global renewable capacity in 2022. It could account for up to 60% of new global capacity. It also has the potential to be the cheapest form of electricity generation in the history of the world.