How Do Blizzards Affect the Environment? | Green Life Zen 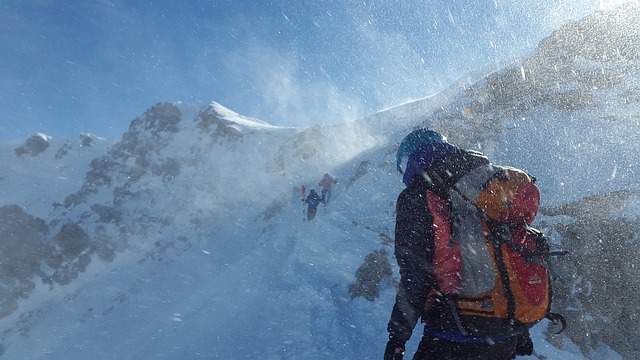 How Do Blizzards Affect the Environment?

Basically, there are three categories of blizzards: Ground, Thermal-Mechanical, and Vertical Advection. Each category has its own specific impacts on the local ecosystem. Let's discuss each one of these three categories in more detail.

Throughout the world, ground blizzards occur when strong winds pick up loose snow or ice on the ground. These winds can be very powerful and can cause damage to roads and telephone lines. These types of blizzards can last for several hours and can limit visibility to less than a quarter mile. These weather conditions are dangerous and can lead to death or injury. 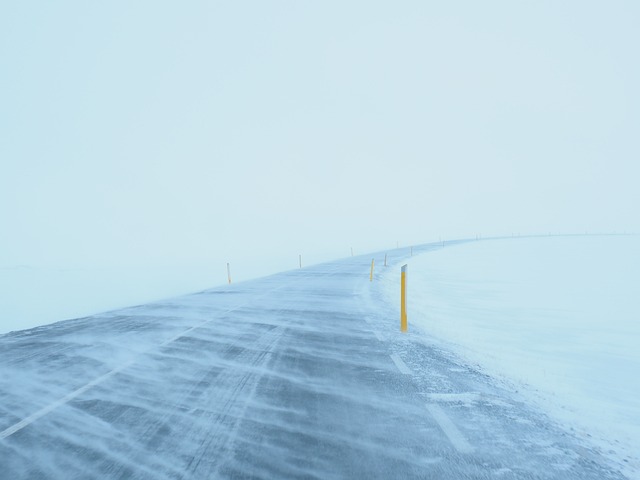 These types of blizzards occur in the upper Midwest and Great Plains areas of the United States. The upper Midwest and Great Plains are primarily flat and have open spaces that are ideal for blizzard conditions. Blizzards can occur in any part of the country that experiences freezing temperatures and high winds. Blizzards are known to cause power outages, airport closures, and product delivery delays. A severe blizzard can also trap vehicles, which can lead to death.

Blizzards are defined by the National Weather Service as a storm that produces sustained winds of 35 mph for three hours or more. These winds also have to be strong enough to lift the snow and ice off the ground. These blizzards can be local or part of a larger weather system.

A blizzard can occur anywhere in the United States, but it is especially common in the northeastern and upper Midwest. Blizzards are also common in other areas of the world, including Canada, Siberia, and Antarctica. These areas have flat land, large open spaces, and lots of loose powdery snow.

The Great Plains and upper Midwest have experienced blizzards that have been particularly high in recent years. These blizzards can cause damage to roads, telephone lines, and power lines. Blizzards can also lead to zero visibility. This whiteout impression can obliterate a person's sense of depth perception and direction.

The term blizzard was first used in the United States in the late 19th century to describe a snowstorm. The 1880s Snow Winter was one of the worst winters in the US's history. The blizzards in that year resulted in more than 4,000 deaths.

Blizzards can be extremely dangerous, but they can also be caused by a combination of factors. In addition to strong winds, a blizzard can include snow, sleet, rain, or ice. These conditions can also cause hypothermia, frostbite, and permanent nerve damage.

During blizzards, vertical advection occurs when the air is lifted vertically into the air. This can cause a dramatic drop in temperatures, resulting in snowdrifts, high winds, and even whiteouts. The amount of vertical advection varies depending on the weather and location.

Blizzards can last for hours or days. They can be extremely dangerous, with winds of up to 100 miles per hour. They can also cause whiteouts, snowdrifts, ice pellets, and freezing rain. The wind can be strong enough to bury two-story homes. They can also be a major factor in travel and everyday life.

Blizzards occur when wind blows a layer of loose snow onto the ground and then up in the air. This makes it difficult to move around and reduces visibility. Ground blizzards can occur in the Arctic and Antarctic regions and can also occur in the American great plains after a snowstorm. The three main types of ground blizzards are vertical, horizontal, and thermal-mechanical.

Vertical advection is usually associated with warm air. This results in a low-level temperature rise, while warm air advection can be associated with profound winter warm-ups. Warm advection usually lifts air from the lower to higher levels, which can partially counteract the effects of adiabatic cooling.

The Q-vector is a mathematical entity that shows the combination of advections. It can be seen on a radar image as a bright band, or V-notch. These bands of reflectivity, which are caused by melting snow, are usually seen before the snow turns to rain.

During a thermal-mechanical blizzard, a strong wind pushes the snow on the ground upwards and horizontally across the ground. These convective rolls cause waves of snow to form and can be as high as 500 meters. These storms are extremely dangerous and are categorized as extreme weather events. They cause whiteouts and traffic accidents. This can be fatal for those who are not prepared for the weather.

Blizzards are caused when a mass of warm, moist air is pulled upwards by a strong wind. This wind may pull cold air from the poles and push it towards the equator. The warm air then rises over the cold air and generates cloud sheets. The temperature of the air is also critical in producing snow. The air may also carry some of the snow with it.

Blizzards are considered extreme weather events and can occur in most regions of the United States and Canada. They can last from three hours to several days. They can bring high winds, heavy snow, and freezing rain. They can also cause snowdrifts and avalanches.

Blizzards are dangerous, and they can destroy crops, cause power outages, and cause traffic accidents. They can also cause hypothermia, and death to plants and animals. They can also bury houses in isolated areas and kill humans. Blizzards can also occur in the tropics, causing severe effects to humans.

Blizzards can also be caused by special weather conditions, such as a jet stream that pitches at an extreme angle. This creates an unstable effect and provides atmospheric tension to generate high winds. Blizzards can produce large amounts of snow and can affect major highways and infrastructure.

Impacts on the Local Ecosystem 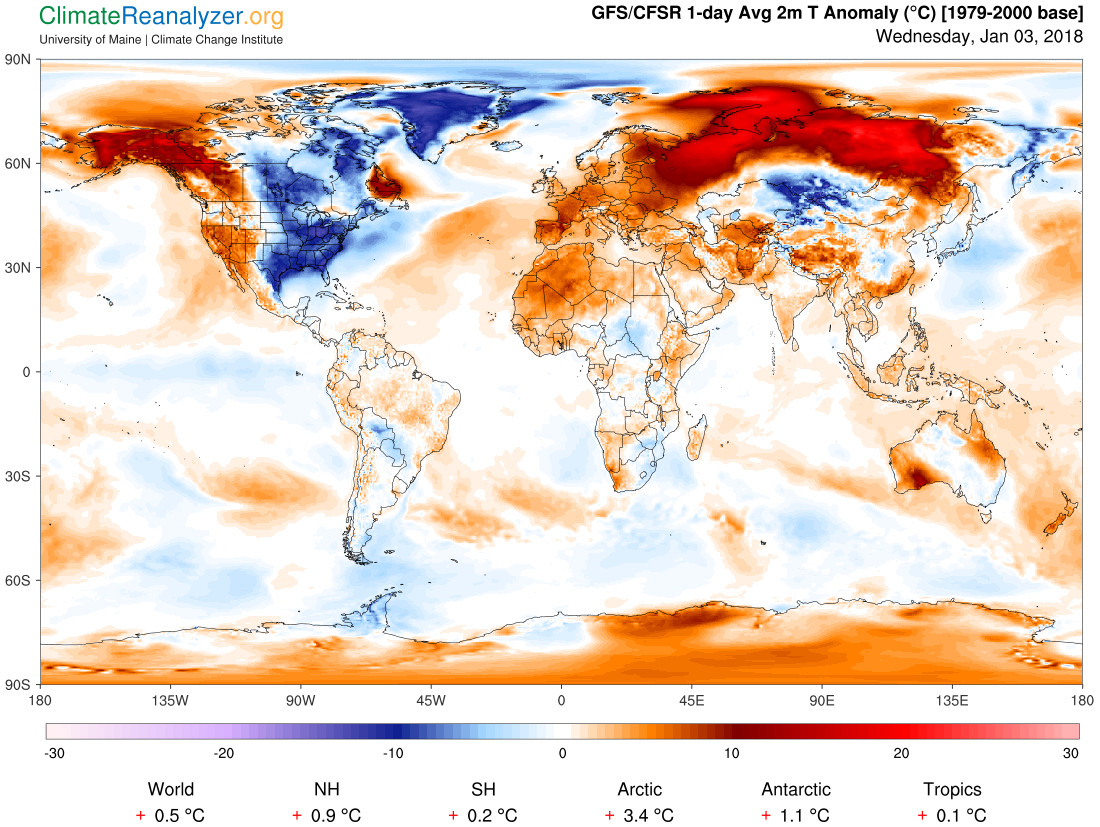 During a blizzard, winds can be strong, causing trees to fall and even roofs to collapse. This can cause serious damage to local plants and animals. Blizzards can also damage property and shut down transportation systems. The weather condition can also have a negative impact on the local economy.

Blizzards are caused by warm air and cold air forming a front that collides, causing an unstable effect. This produces strong winds, which then creates heavy precipitation and can lead to flooding. It also causes a lack of food and water for local animals. Some animals may be able to survive the storm, while others may freeze to death.

Blizzards are natural, but climate change is causing them to be more intense. These storms are becoming more common in areas that have not experienced them before. The weather can also affect plants and animals by washing away pollutants.

A blizzard can also harm plants and animals because the weather condition can create wet conditions that encourage the spread of mold. Some molds can kill trees and other plants. The soil can also be negatively affected by the extreme cold temperatures. It prefers predictable temperature fluctuations. This is why it is important to keep it a clean and well-drained.

Animals that are not prepared for blizzards may freeze to death, while others may have to seek alternative food sources. This can lead to predatory animals that reduce the existing flora in new areas. This can also reduce the population of animals.

Blizzards can also sabotage crop cycles for farmers. These storms can cause a loss of crops because the plants may be unable to survive the extreme cold. The soil also may suffer from erosion, which is not healthy for nutrients in the ground. These conditions can last for weeks or more.